Taichung actively builds infrastructures on top of its location advantages and works towards making Taichung the gateway for visitors and offering convenience and free flow of cargos. High speed rails, railways and highway buses also make Taichung a hub for day trips. Besides, because of its location, Taichung is the only city in Taiwan where people can travel to any of the other five special municipalities in an hour.

Taichung International Airport is working towards the goal of being one of the airports that serves both international flights and direct cross-strait flights to people in the central area. The airport continues improving its designs for custom traffic flows and upgrading service facilities. The airport is aiming at moderately adding new international flights within a radius of 4 to 6 hours flight time. The newly built terminal could service 1.7 million passengers. The new and existing terminals combined can handle 2.9 million visitors per year.

Both western mountain line and ocean line offered by the Taiwan Railway make stops at Taichung. The only special class station in the central Taiwan – Taichung Station services average 50,000 passengers every day. Visitors can connect to public transportation such as highway buses, city buses and public bikes from here.

Taiwan High Speed Rail offers high speed railway services between major cities on the western Taiwan. There are currently nine stations – Nangang, Taipei, Banqiao, Taiyuan, Hsinchu, Taichung, Chiayi, Tainan and Kaohsiung. The lines can operate as fast as 300 km per hour and with an on-time rate of over 99.6%. The fastest it takes from Taichung to any of the five special municipalities by the high speed trains is 40 minutes.

Taichung Mass Rapid Transit is about 16.7 kilometers in total length. It starts near No. 2 Bridge of Songzhu Road in Beitun District in the east and ends at the Taichung High-speed Railway Station area in the south. There are 18 stations along the line. The Taichung Metro Green Line started its trial operation on Mar. 25, 2021. Itopened to traffic on Apr. 25, 2021.

Taichung Port owns a huge hinterland and is the important hub for consolidating loose products like coal, natural gases, imported cars, powder, chemical materials, timber and machineries. The port also hosts the Taichung Port Technology Industrial Park and has the highest cargo throughput rate in Taiwan in these two years. Besides, to boost cruise travel in the central Taiwan, large cruise ship terminals are under construction and the cruise businesses are promoting cruise travel packages together with the government. 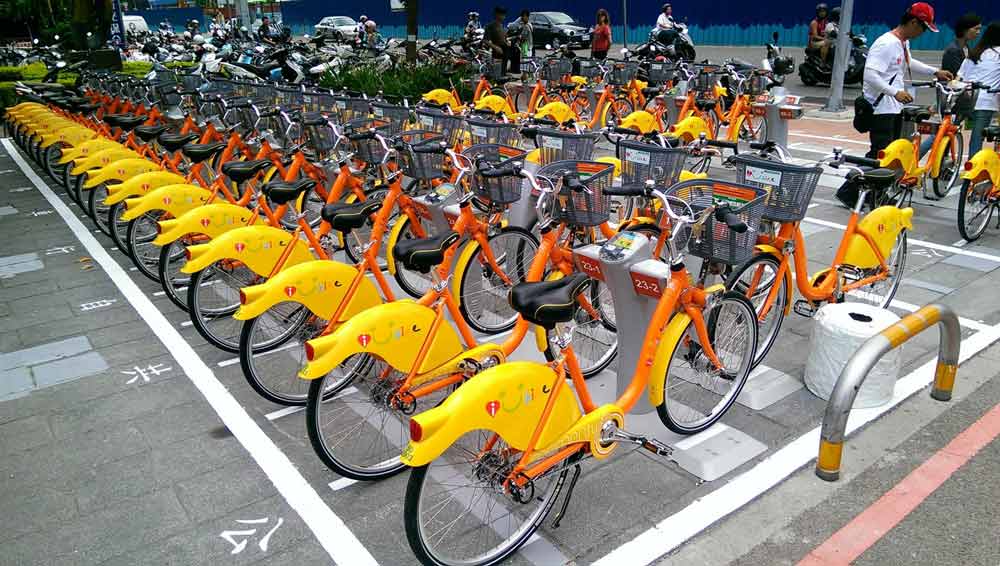 Taichung City Government is planning on building a bicycle sharing system (ibike) to cover the last mile to peoples’ final destinations. As of May 2021, there were 599 bike stations in Taichung City. It is encouraged that people use low pollution and low energy consumption bike-sharing system as a short-distance transportation method. By doing this, there will be less people own and use personal motor vehicles, reducing the traffic congestions in the city, decreasing the environment pollution and energy consumption.

Besides a world class fossil fuel power station, Taichung also hosts the largest hydroelectric power station in Taiwan. To promote green energy, the Taichung City Government encourages local businesses to generate power from their own resources and actively invests in building solar power facilities. Taiwan Power Company values Taichung’s privileged location and plans on building the one in the Taichung Port the largest offshore wind farm in the Southeast Asia.

To secure the basic livelihood, Taichung’s tap water coverage rate increase at the fastest pace among the six special municipalities. In response to the prosperous industry growths in the Taichung area, Water Resource Agency of the Ministry of Economic Affairs keeps promoting “The Project of conjunctive use of water sources from Da-Jia & Da-An river” to ensure reliable water supply for the region.

The “Taichung Port 2.0 Project” planned by the Taichung City Government will make the northern part of the Taichung Port an area for tourism and leisure activities – with Sungpai Fishing Harbor, cruise ship terminals, an electricity museum, a marine biology aquarium where white dolphins live in, Wuqi Fishing Port and Gaomei Wetlands. The north part of the port also temporally hosts wind farms due to needs to load, unload and assemble wind turbines.

In the mid to long run, the wind farm clusters should be moved from the northern tourism and leisure activities area to the south part of the port where the reclaimed land will be. The squared shaped new area will be home for the green energy industry clusters, as outlined in the “Taichung Port 2.0 Project”. 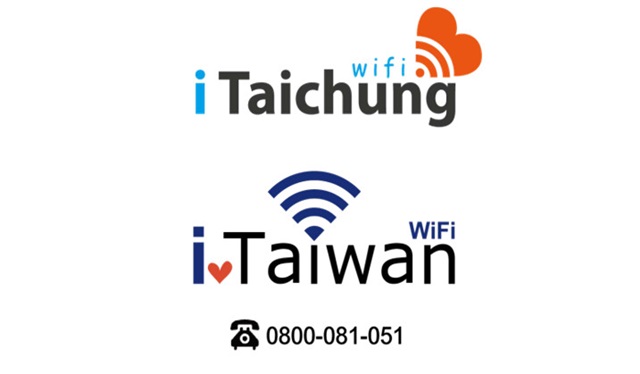 Taichung is proud of having a very high Wi-Fi coverage rate. The City Government is also adding more than a thousand iTaichung free hotspots in commercial districts, transportation interchanges and convenience stores across the city. In addition, users can use their iTaichung login to access the free Wi-Fi from TANetRoaming or iTaiwan networks in various colleges and institutions campuses in Taichung, Changhua and Nantou. By consolidating the network resources, our Wi-Fi services can cover more areas and be more convenient to use.